In the infancy of pop and rock music of the early sixties bands traveled around the UK in old Commer’s and Ford Thames vans, some were even ex Ambulances given another lease of life!

Many driven by roadies, but depending on the budget the band had, often by the musicians themselves. The concept of the Tour bus and entourage was yet to be invented.

Often cramped up in the van with the gear, travelling throughout the night was a necessity, with the prime seat in many cases being the front, middle seat, directly on top of the engine, as this was the warmest part of the van. 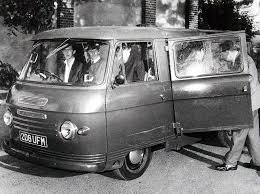 The Beatles aboard a Commer Bus, with Ringo in the best seat. 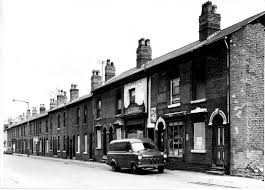 Here’s a shot of Tony Iommi’s Transit, outside his house in Aston, Birmingham 1968 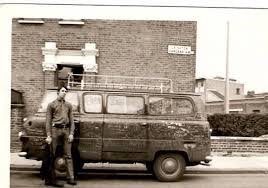 The Graffiti’d tour van of The Who, with Tour Manager Richard Cole 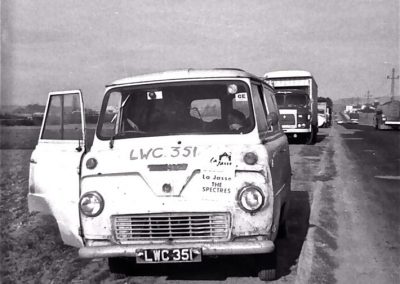 A New Transit custom for the Small Faces 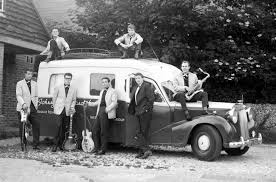 An Ex Ambulance used by Johnny Devlin & the Detours around 1961 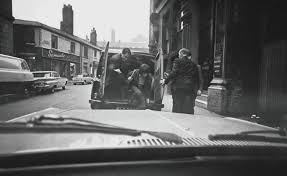 Bill Wyman bundled out of the back of a van, by stage door, Manchester 1964 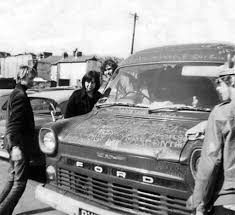 Amen Corner and their LWB Transit c1970 complete with Graffiti! 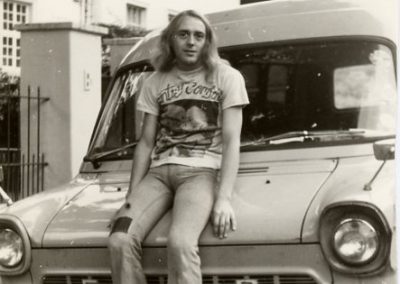 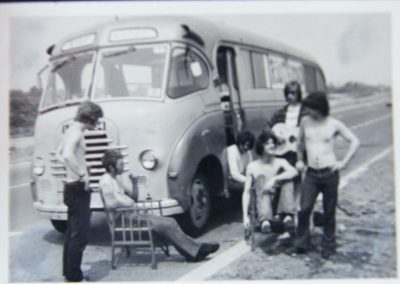 Many of the vans were graffiti’d by fans wanting to leave their own personal mark on their band of choice.

The Band Van / Bus could also be a more discreet way of dropping the band off at the stage door, as the fan got better at stalking their prey.

This was becoming a big problem particularly for the likes of The Beatles, The Rolling Stones, The Animals etc, with the Tour Managers having to create ever more cunning ways of getting the musicians those last few steps from the van, through the screaming mob, to the stage door.

The Ford Transit not only made the Mark 2 Jaguar redundant as the getaway vehicle of choice, it also revolutionized band transport.

Unlike its predecessors, it drove like a car, it was comfortable, much quieter inside, had a working heater and more importantly it was reliable.

It also had different body sizes to fit more gear in, and take more weight, as amplifiers and PA systems were getting ever larger by this time.

Launched in 1965, It has taken bands tens of millions of miles right through until 2013, when it was replaced by the Ford E Series.

As the Bands got bigger, the next chapter would of course be the Tour Van becoming an Articulated Lorry, and the band travelling in Limousines, more of that to come, but the musicians and the road crew have a fond memory of these old Workhorses.

If you have a similar story, some old fan pics, or maybe you own an ex Rockstars car,please get in touch via info@rockstarscars.co.uk

We can’t wait to hear you stories…